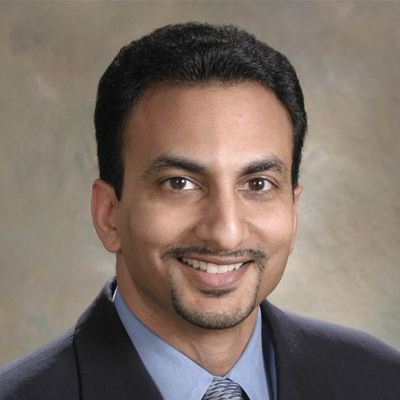 Dr. Ravi Chundru retired from Eye Physicians of North Houston in December of 2022, and he had left his mark on the FM1960 community as a compassionate, caring, and skilled surgeon during his years of service. After his departure, Dr. Judy Chang-Strepka and Dr. Brian Au will lead our medical practice to the next chapter.

Dr. Ravi K. Chundru is a native Houstonian born in 1970. Wanting to follow in his father’s footsteps as an engineer, he received his Bachelor of Science degree in Electrical Engineering at The University of Texas in Austin. After a short stint in the “real world”, he decided to pursue medicine and completed his medical degree at The University of Texas Health Science Center in the Texas Medical Center in 1997. Dr. Chundru continued with the Longhorn spirit and finished his Ophthalmology training at the University of Texas Southwestern in Dallas. He returned to Houston to join Dr. Philip Scott (retired in 2014) in 2001, and he took the helm of our practice until his retirement.